Establishing relevance for a London charity with complex, multiple audiences.

Certitude are a London-based charity who support people with mental health issues, autism, and learning disabilities. They are an established Third Sector presence in London, but were struggling with one particular ambition – to go beyond simple recognition and show why they were relevant to all Londoners. 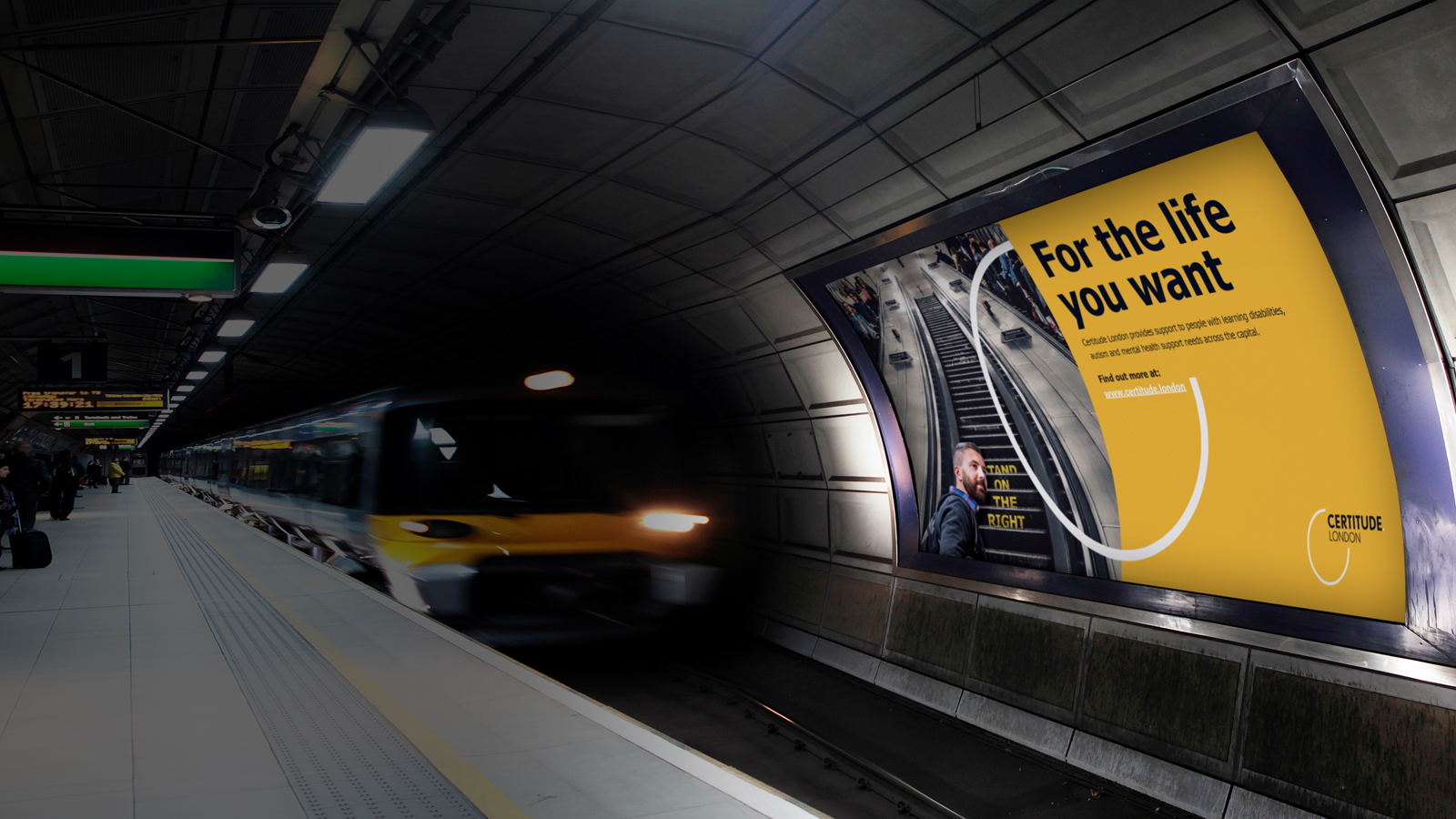 Compared to other mental health charities such as Mind and Scope, they were having difficulty in cutting through the noise and establishing a compelling reason for supporting their fundraising. Once they had addressed these challenges, they sought an activation platform to bring the brand to life and extend the messaging through subsequent campaigns.

Using a tried and tested approach that had achieved encouraging results with our other Third Sector clients such as the RNLI and Princess Alice Hospice, bbd organised a client workshop at Certitude with the leadership team, trustees and employees. Our aim was to discover Certitude stakeholders’ feelings about the charity and its services. 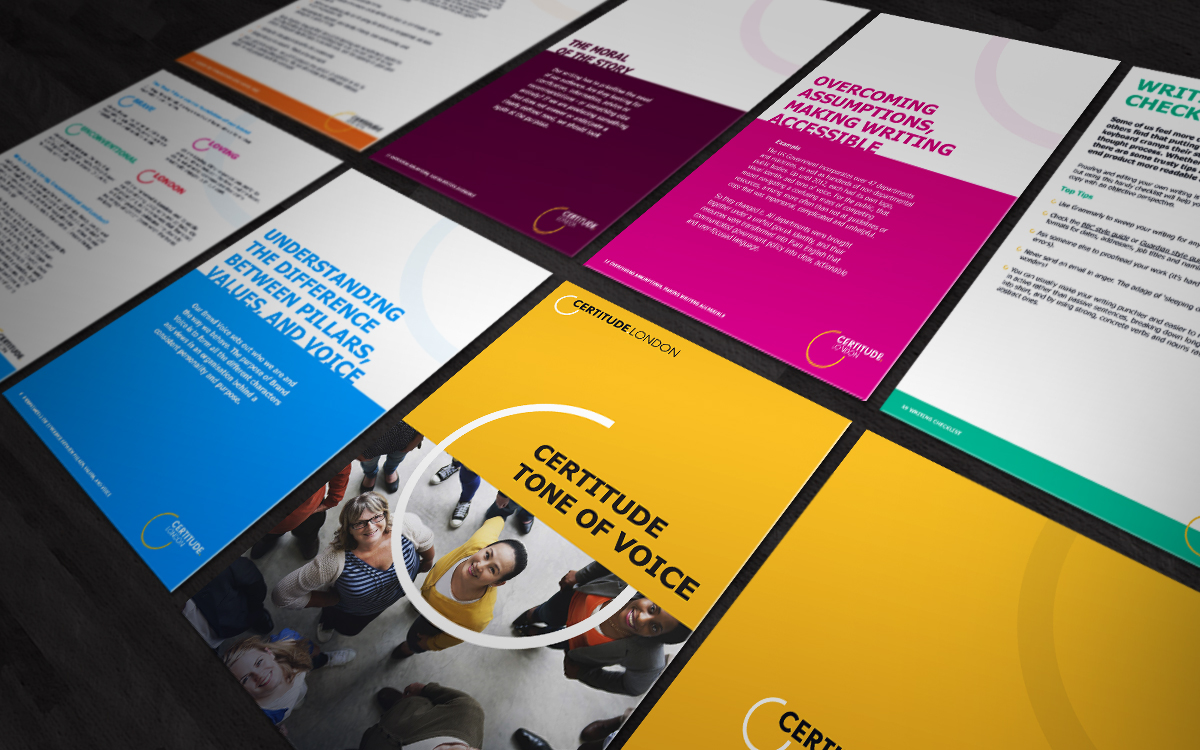 Like most charities today, particularly those based in London, Certitude were faced with growing compassion fatigue in the wider community. The workshop confirmed this. Going forward, there was a need for a meaningful articulation of what Certitude does, a clear point of differentiation, and a push towards public-facing communication of the impact of support.

In short, bbd was tasked with making Certitude relevant.

This meant a shift from telling people what Certitude did, to showing why their work mattered. It meant graduating from a single message to a variety of messages that could engage an audience at all stages of their lifecycle.

bbd established relevance with distinct but integrated brand, services, and experience stories. From the workshop, we heard clearly that stakeholders had enormous pride and protectiveness about their people, their work and those they help. They were unashamedly unconventional, and favoured results over process.

Our creative team assimilated these influences into a new logo, tagline and visual and messaging identity.

Time for a new logo…

The chance to recreate a brand logo from scratch is a rare opportunity. Our creative team responded with a logo that suggests both a philosophical and geographical identity. The circle suggest focus, with the break in the circle suggesting movement from one state to another, specifically how Certitude changes lives. The position of the word Certitude makes it the bridge that takes someone from an enclosed world where there are barriers to a more open one. Certitude is seen as breaking the circle.

For the life you want

We wanted a tagline that encapsulated the bold, straight-talking nature of Certitude and its people, but which would be resistant to interpretation on social media and beyond. In the end, we acknowledged that Certitude was above all about simplicity and honesty.

“For the life you want” communicated the aspiration of Certitude as a right to be claimed.

Our work with Certitude was consistent with a growing move in the Third Sector away from “doing good” to empowering people. A society that is more inclusive no longer considers those in need of support as “worthy” of sporadic outpourings of benevolence. Instead, the focus is on charities vocalising the issues they confront as part of a wider community responsibility. Charities no longer want to be seen as a service provider, but as a catalyst for change. 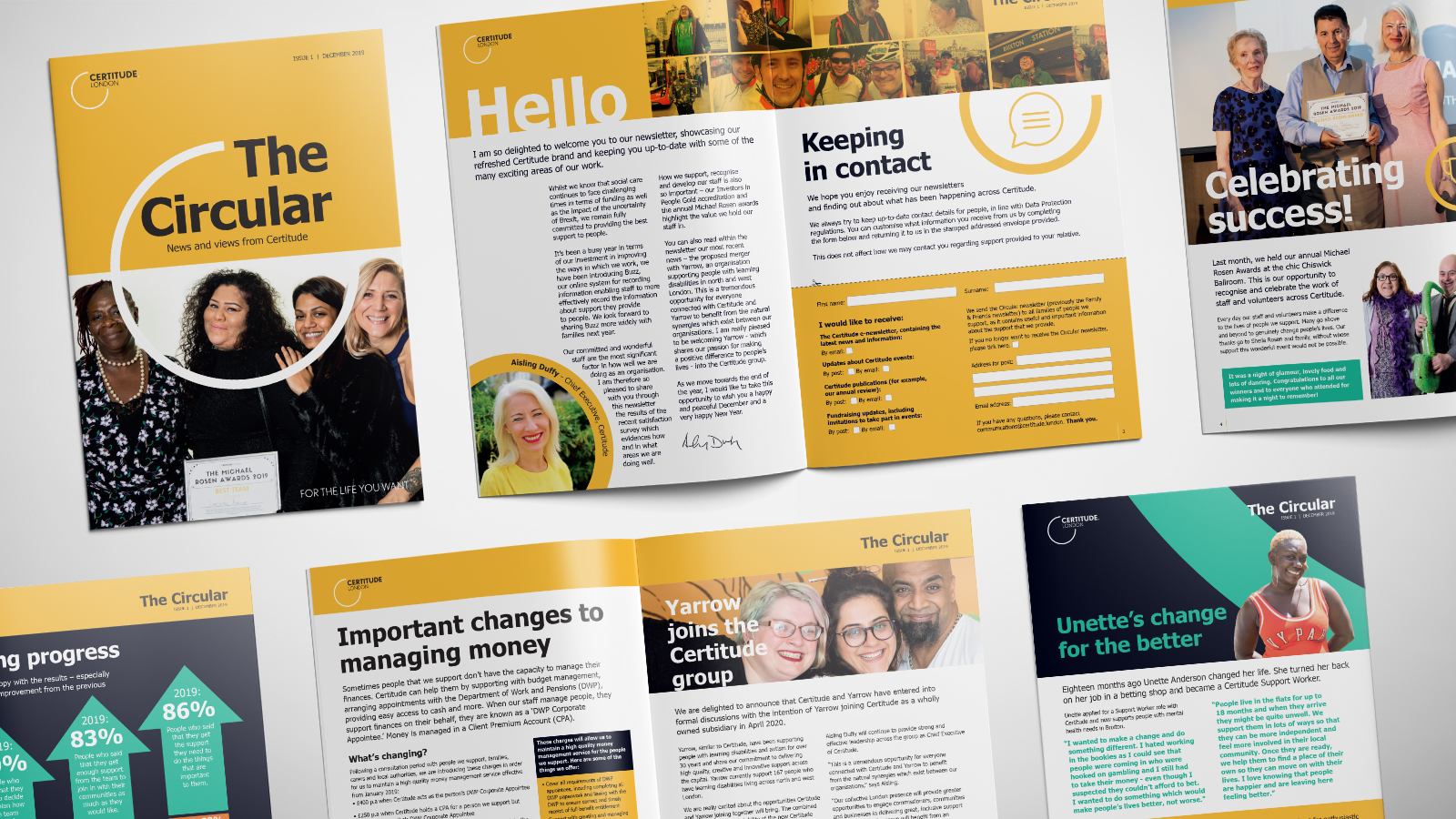