RNLI launched Fish Supper in 2016 as a fresh way to engage new audiences. In the lead-up to GDPR in 2015, the RNLI had erased its entire supporter database, so Fish Supper was one of the first initiatives to engage new subscribers, ideally from a younger demographic. RNLI supporters were invited to host a Fish Supper in their home or community as a fundraiser. bbd was asked to create all campaign collateral, web content, brochures, photography and social media assets.

bbd produced all creative assets, messaging, illustrations and photography for the campaign. We supported this with a targeted social media campaign, microsite and hosting pack for each participant. Ultimately, Fish Supper exceeded the community fundraising target by 7% and achieved YOY growth of 27% on 2016. 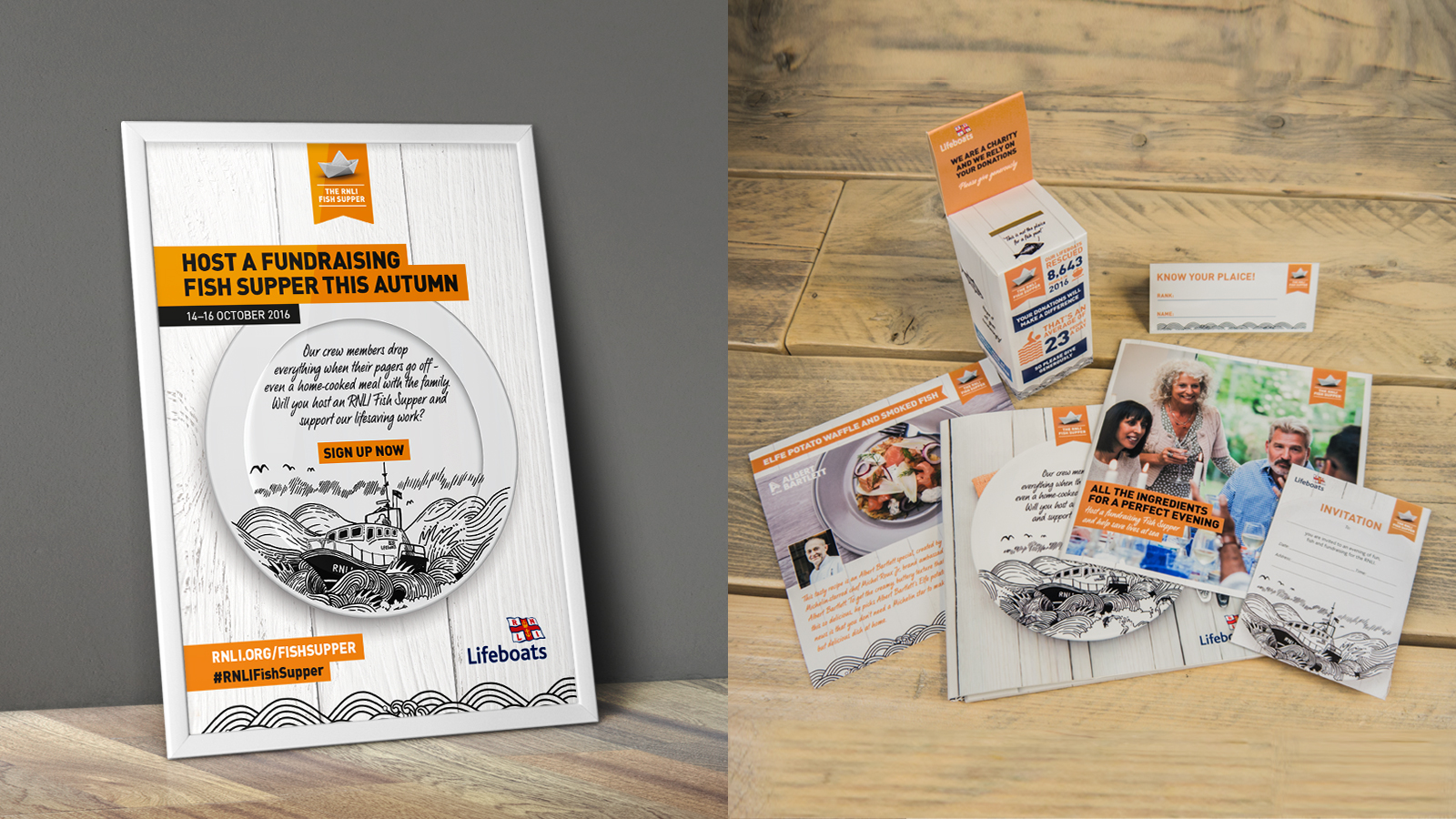