bbd partnered with the RNLI to tackle the task of creating a virtual fundraising event for the RNLI that allowed participants to take part individually in their own time. The greatest challenge was how to create a new active fundraiser in such a crowded competitive sector? Each year, there are over 250K fundraisers where participants run for over 500 UK charities.

This event would exist only online, and in the heart of the supporters walking, running or jogging for the RNLI in March. The fundraising initiative was a pilot project, to test sign up potential as well as raising vital funds for the RNLI’s lifesaving work.

A visual identity had to be developed for the virtual event. bbd were therefore required to create the creative look, tone and feel. This would then lead to the RNLI Extra Miler’s hero visual, event icon, visual styling and key messaging. 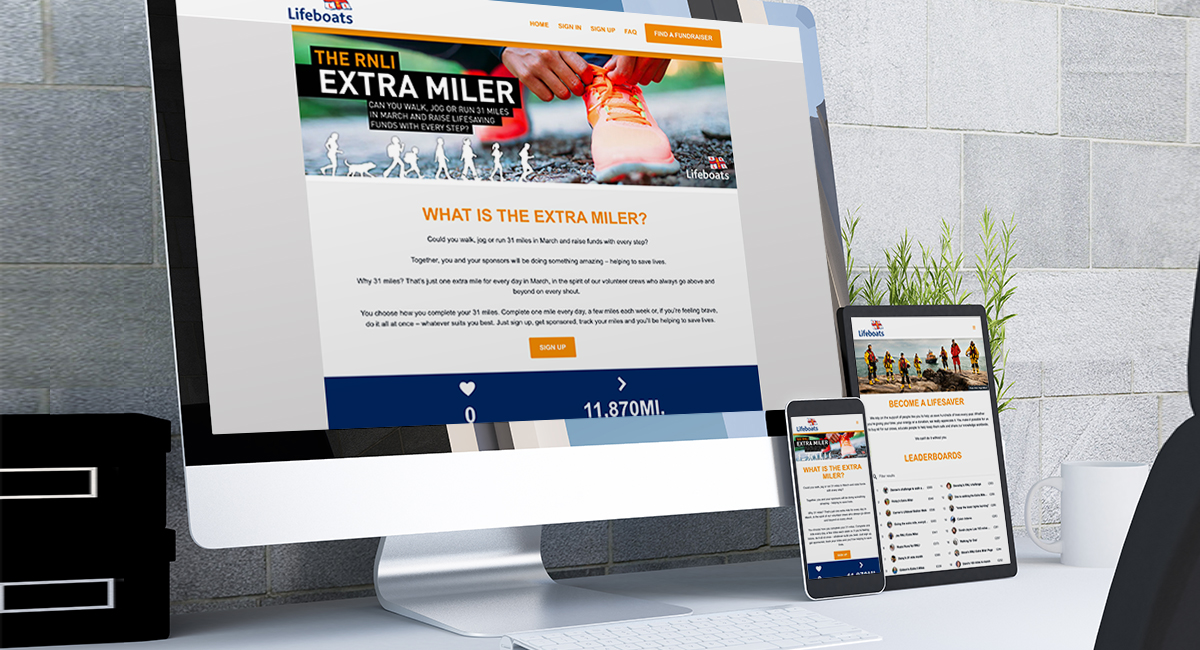 For the first step of the project, bbd and RNLI held a brainstorming session to discuss and dissect the parameters of the virtual fundraising event. All was to be determined, the method of fundraising, the name, the virtual platform, etc. It was then that the RNLI and bbd decided the event would be named the RNLI Extra Miler, with the understanding that the virtual event would encourage participants to run, walk or jog over the period of a month.

The next stride of the RNLI Extra Miler was to identify how we would pique the audience’s interest. The insights indicated that the participants would likely be coastal and interested in health and wellbeing, perhaps even on their own journey of self improvement. We also had to ensure they understood that getting involved was simple and easy. Once these elements had been established, it was time for bbd to embark on the path of creatively developing the RNLI Extra Miler. 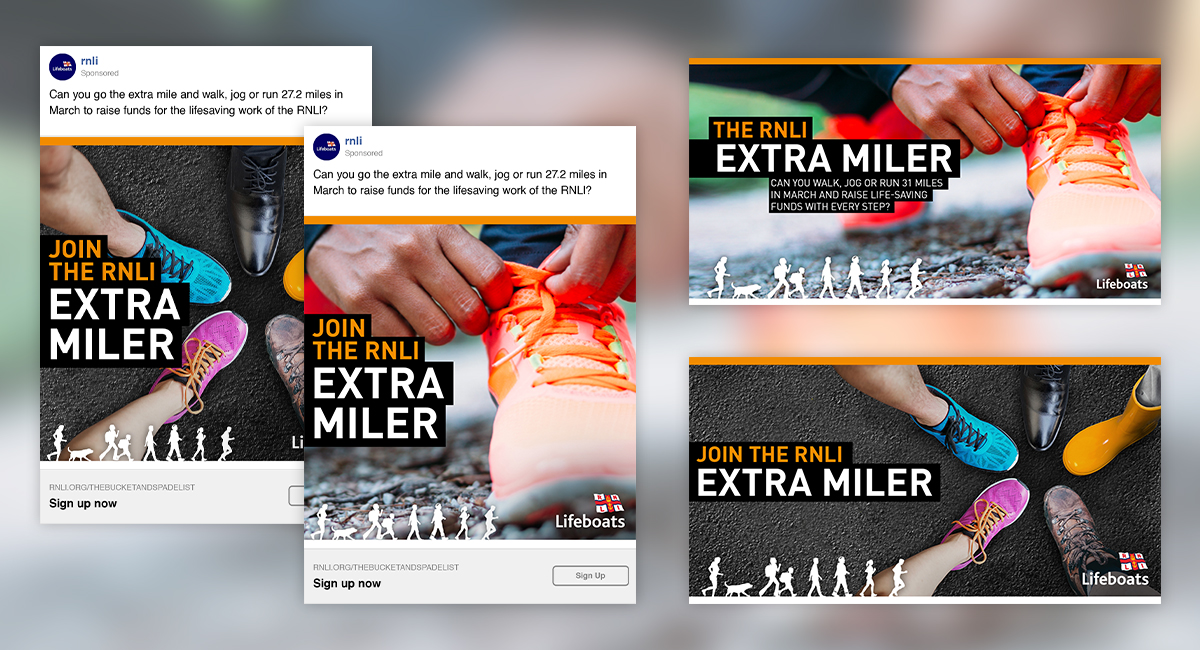 bbd created a hero visual plus event icon that brought the fundraising spirit of the RNLI to life – all together at any pace. The key messaging conveyed the core proposition, that the one extra mile recorded every day in March represents that extra step taken by the RNLI crew when they go above and beyond on call. The nurturing of the messaging across the copy was pivotal; we had to keep the RNLI TOV overarching across the copy as well enhance the encouragement towards supporters to take action.

bbd also designed the fundraising page, being the core touchpoint that all communications directed participants to, it was essential that the content explained the task clearly whilst encouraging the viewer to sign up. For the run up to the March event, bbd furnished the RNLI with social assets to promote the event across Facebook and Instagram. Finally, bbd created the RNLI email nurture journey content, ensuring that each step of the participants’ RNLI Extra Miler was filled with encouragement to spur them on through 4 points of the journey: 1. Thank you for signing up, 2. Ready to go (start of March), 3. Keep going (mid March) and, 4. Well done – please collect your final funds! (end of March). 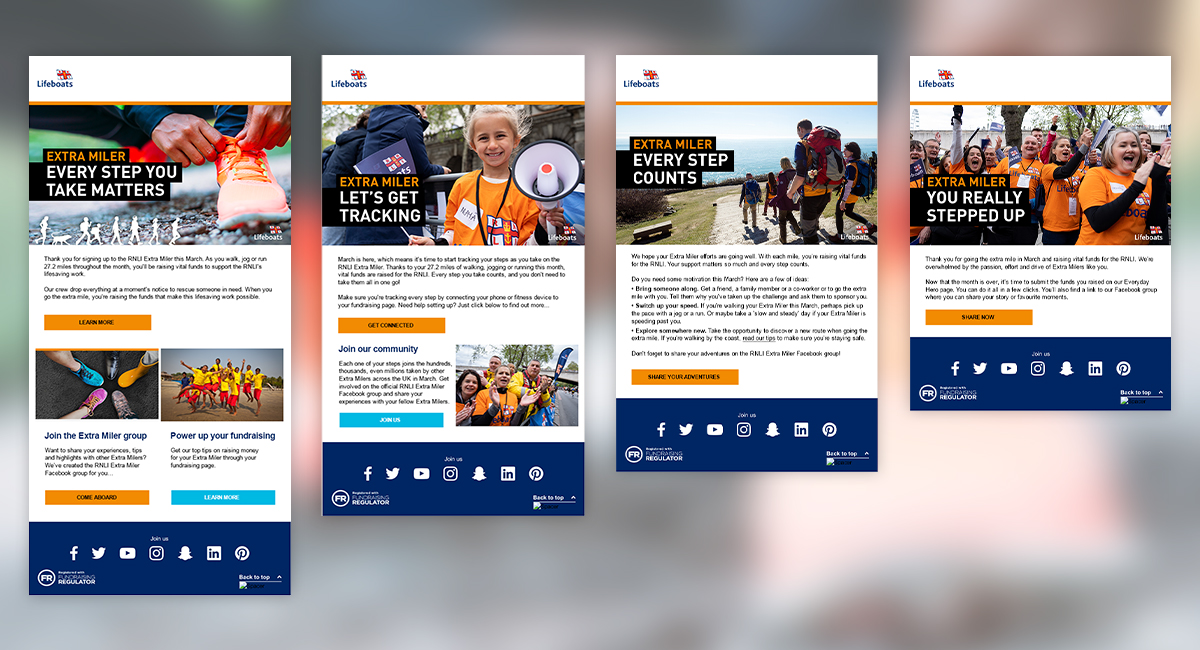 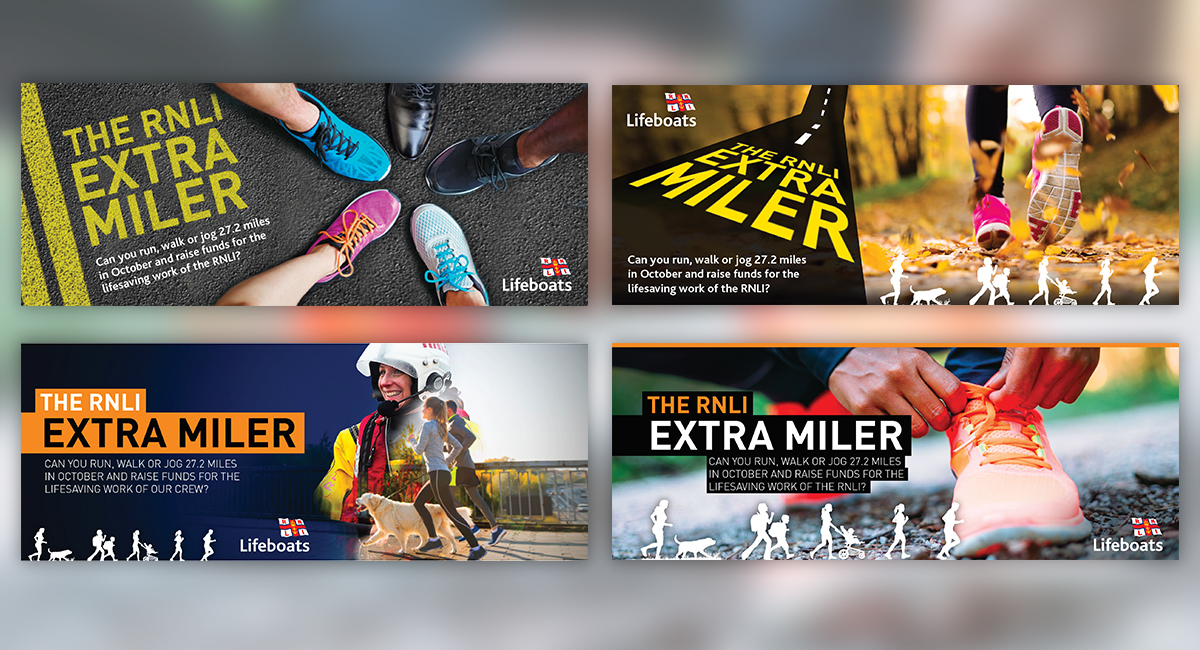